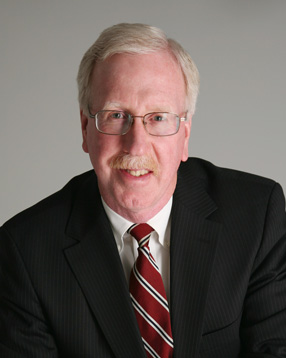 Specializing in Practice before the State Board of Equalization, the Franchise Tax Board and California Department Tax and Fee Administration as well as Assessment Appeals Boards throughout California

Joseph A. Vinatieri practices primarily in matters of California state and local taxation, including sales and use tax, franchise/income tax and property tax. Mr. Vinatieri is admitted to practice law in the State of California as well as in the Central District and Southern District of California, the District of Arizona and the United States Supreme Court.

Mr. Vinatieri is former Chief Deputy to Honorable Ernest J. Dronenburg, Jr., retired Member of the California State Board of Equalization where he was responsible for preparation and administration of franchise/income tax, property tax and sales and use tax cases to be heard by Board Member Dronenburg.

Mr. Vinatieri is a past chairman of the State and Local Subcommittee of the Los Angeles County Bar Association Tax Section and the Sales and Use Tax Subcommittee of the State and Local Committee of the California Bar Tax Section. He is a member of the Institute for Professionals in Taxation where he has spoken locally and nationally. Mr. Vinatieri has also been a regular speaker for the California Certified Public Accountant Foundation, the Tax Executives Institute, the National Business Institute, Lorman Business Seminars, The State Bar Tax Section and the Los Angeles County Chapter of the International Association of Assessing Officers.

He co-authored a chapter on the sales and use taxation of California sole proprietors and partnerships for Matthew Bender and his article on the sales and use taxation of services and intangibles was published in The Journal of California Taxation. Additionally, Mr. Vinatieri co-authored an article on California's Proposition 13 and wrote a piece on California administrative tax practice and procedure for the University of Southern California Major Tax Planning Conference. Mr. Vinatieri has been involved in writing State Board of Equalization Assessor's Handbooks 502, "Advanced Appraisal" and 504, "Assessment of Personal Property and Fixtures" as well as the Assessment Appeals Manual.